A Bucket of Pride

In the 1997 movie "The Bucket List" Jack Nicholson and Morgan Freeman play Edward Cole and Carter Chambers, two terminally ill men escape from a cancer ward and head off on a road trip with a wish list of to-dos before they die. Edward Cole runs the hospital where he is admitted, and is paired up with Carter Chambers, an auto mechanic for 45 years, as his roommate. The film trailer below gives you a brief overview of the story:

Cole was a very, very successful business man, and was proud of his accomplishments. Rightly so. There is nothing wrong with a healthy pride, receiving recognition for a job well done. One modest response to pride would be to say, "Thank you," giving the recognition to those who helped you along the way, and to move on, continuing to accomplish things in your life.

Unfortunately, Edward Cole did not stop there. He went through life seeming to act as if he were the most important person in the world. He called the shots in his life, and lived his life to the fullest with gusto! During the "Bucket List" days, he and Carter travel around the world, experiencing things that most people don't even dare to dream of.

But at what cost?

In one scene, Cole and Carter are in Egypt admiring the Great Pyramids (link here). Carter turns to Cole and says, "When the ancient Egyptians died (Carter says), the gods would be waiting at the gates of heaven to ask them two questions before allowing them to enter. 1) Have you found joy in your life? 2) Has your life brought joy to others?" Cole opens up to Carter about the estranged relationship he has with his daughter. As seen in the earlier clip, Carter arranges for a father-daughter reunion, only to be angrily rejected. Apparently Carter thought that for the daughter to open the door to make amends with her father would be sweeter than a knock on the door from Ed McMahon. Cole obviously thought otherwise.

When our pride is out of control, we miss out on the blessings of being in relationship with one another. Our fellowship with God is interrupted. Our "joy pipeline" becomes like an artery with plaque build-up, waiting to cut off our lives. Our lives may have joy in them, and we may bring a bit of joy to others, but neither one is to the extent of fullness that God intends for us.

Here is a picture of my Pride and Joy:

(I just had to put that in there.)

Actually, I put the picture there to make a point. It's perfectly OK to have pride, as long as it is healthy pride, and not haughty. We also ought to have joy. Lots of joy. May the joy we have and the joy we share always be far greater than our pride.

This week our Topical Blogger bvaliant4him wanted the group's input on the 24th chapter of the gospel of Matthew. In this chapter Jesus addresses concerns that his disciples had about what many today refer to as the "End Times."

At first reading, many of the events that Jesus speaks of are pretty frightening: wars, earthquakes, famine, persecution, stars falling from the sky, more. Many people over the past 2,000 years have made many predictions as to when Jesus is expected to return. There are people in this present day who avidly study world events and End Times prophecy who believe that we are now in the days that Jesus speaks of in this chapter of Matthew.

So what is my input? Are we in fact living in the End Times? Is the return of the Son of God imminent?

My honest answer is I don't know. I do not claim to be a Bible scholar. Nor have I seriously studied Biblical prophecy with any real intentionality. And I'm not alone in my state of not knowing. Scripture is clear: "No one knows about that day or hour, not even the angels in heaven, nor the Son, but only the Father."

I have this very post set to publish several hours after I am finished writing (right now it's 11:00 pm Saturday). In fact, if things go as planned I should be in the midst of serving up some root beer floats for Father's Day. Jesus could return before the publication time of this entry. Or not. (If he does, will I have the presence of mind to offer him a root beer float? Probably not.) Jesus could return during our lifetime. Or not. The timing is not for me to know.

But let me tell you what I do know. The scary things that are talked about in Matthew 24 will happen - earthquakes, wars, famines, etc. - and we will continue to be witnesses to them. People will be lured into following deceptive teaching. The Gospel will continue to be preached on a global scale. And Jesus will return.

I believe that more important than being aware of the signs of the end times is to be prepared for the expected return of the Savior when we least expect him. Because no one is certain of when that day will be, we ought to live our lives with the integrity of the faithful and wise servant, the one whom the Master can drop in on unannounced and find him doing his duties.

Jesus will come again. Scripture tells us that it's unpredictable. It is also clear that Jesus will not sneak up on us. He will come "with power and great glory." Ready or not, He'll be back.

One of my favorite films in recent years is “Finding Neverland,” which tells the story behind the story of Peter Pan. Early in the movie is a scene in which playwright J. M. Barrie is walking with his large dog in the park and has just met the four boys and their mother.

The first time I saw the movie, I cried at that scene.

Why would a scene about a dog imagined to be a dancing bear make me cry? Because like Peter, I had lost the wonder of being young. I was at a place in my life where I had taken on many adult responsibilities. I had allowed my grown-up challenges and relationships crowd out my sense of adventure. My ability to see the unseen was limited to the outcome of what I could only see before me, and many times I found myself visualizing disastrous results.

I had forgotten what it was like to think as a child thinks, to be brave enough to imagine that I could interact in a world where Pirates and Indians were more than baseball teams, and a young hero named Peter Pan could defend me from all threats, foreign and domestic.

God used His imagination in creation of the world. For example, look at , shaped like a boot about to kick a football. Or at the way God created the giraffe. No other animal walking the earth today looks anything like it (at least not that I’m aware of). And when God created man in His image, He also gave man creative ability, what we call “imagination.”

We can see how the use of imagination honors God all around us, in the words of the Psalms, the response of music and artwork, even in the way we play. Gifts that are used responsibly bring honor to the giver. “God’s gifts and his call are irrevocable.” (Romans 11:29) To snuff out someone’s imagination and dreams is to snuff out the work of the Holy Spirit in our lives.

How can I get peace in my life? 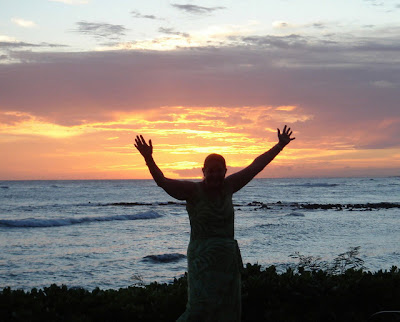 The world in which we live - both our public world and our private world - is riddled with tension and conflict. It seems the issues that cause us worry have been around for many years and are likely to be around for many more, never to go away or become superannuated. In the midst of all this chaos, how can I get any peace in my life?

Consider this: When two people are in conflict, peace can most effectively be brought about when one party surrenders to the will of the other.

I seem to live in a constant power struggle. You see, I have an insatiable need to be right, and to be in control of my circumstances. There are times that the situation at hand is obviously bigger than my abilities and wisdom. The result does not match the picture that I at first had set out to create. I feel powerless, and my sense of peace is lost. If I give up my autonomy - my "Mary-Do" mindset - and share the load, then the bigger tasks could still have the end result I originally envisioned, and I could still maintain at least some sense of control.

But even when I share the struggle, I can still put a limit on what God can do to intervene in my life. The struggle becomes one between God and me. If I can handle, delegate or manage every detail, then where is the room for God? I know what I want the outcome to look like, and I won't let anything change that image in my mind.

God tells me in Jeremiah 29:11, "For I know the plans I have for you. They are plans for good and not for disaster, to give you a future and a hope." But, my plans are also for good and not disaster ... I mean, it doesn't make sense if I plan something for a deliberate failure, right?

Foolishness! "Do not be impressed with your own wisdom" (Proverbs 3:7). God has had a plan for me for thousands of years, and has been the "Master Planner" for waaaayyy longer than that! I think I could stand to learn a thing or two about God's plans, especially the ones that pertain to me.

But if I decide to scrap my plan and follow God's plan for me, leaving me with no back-up, no safety net, isn't that risky? If I cannot be in control, then what?

Really. Look at what I have. It's nothing. Nothing more than "temporary kingdoms on foundations made of sand." It can all be lost in less than an instant. Now look at what God is offering by following His plans. "Plans for good and not for disaster, to give you a future and a hope." God has proven time and again to me that He is faithful in keeping His promises. If I compare the two, I want what God's offering. And it only comes from following His plan.

When we surrender to God's plans for us and live freely, animated an motivated by God's Spirit, He will bring gifts into our lives (peace being one of them) in abundance, much the same way fruit appears in an orchard.


Don't fret or worry. Instead of worrying, pray. Let petitions and praises shape your worries into prayer, letting God know your concerns. Before you know it, a sense of God's wholeness, everything coming together for good, will come and settle you down. It's wonderful what happens when Christ displaces worry in the center of your life. (Philippians 4:6-7, MSG)