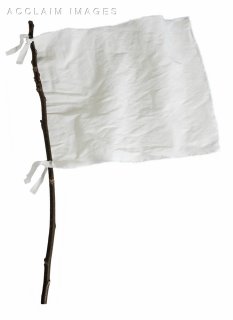 I seem to live in a constant power struggle. You see, I have this insatiable need to be right, and to be in control of my circumstances. There are times that the situation at hand is obviously bigger than my abilities. I feel powerless, and the result does not match the picture that I had at first set out to create. It didn't take long for me to realize that by giving up my autonomy - my "Mary-Do" mindset - and sharing the load, then the bigger tasks could still have the end result I originally envisioned, and I could still maintain at least some sense of control.

But even in sharing the struggle, I can still put a limit on what God can do to intervene in my life. The struggle becomes one between God and me. If I can handle, delegate or manage every detail, then where is the room for God? I know what I want the outcome to look like. And I won't let anything change that image in my mind.

God tells me in Jeremiah 29:11, "For I know the plans I have for you," says the LORD. "They are plans for good and not for disaster, to give you a future and a hope." But, my plans are for good and not disaster too.... I mean, it doesn't make sense if I plan something for a deliberate failure. At least it's good to know that there's a Plan B out there....

Foolishness! "Do not be impressed with your own wisdom" (Proverbs 3:7). God has had a plan for me for thousands of years, and has been the "Master Planner" for waayyy longer than that! I think I could stand to learn a thing or two about God's plans, especially the ones pertaining to me.

But if I decide to scrap my plan and follow God's plan for me, leaving me with no Plan B - no safety net - isn't that risky? If I can't be in control, then what?

Really. Look at what you have. It's nothing more than "temporary kingdoms on foundations made of sand." It can all be lost in an instant. Now, look at what God is offering by following His plan. "Plans for good and not for disaster, to give you a future and a hope." God is faithful in keeping His promises. In comparing the two offers, I want what God's offering. And it only comes from following His plan.