Faith and Fangs - Touched by a Vampire 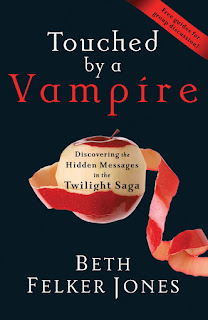 There will always be rivalry between brothers and sisters. It does not stop, even when they are in their late teens. The latest debate between my sister's 20 year-old son and 18 year-old daughter has to do with which book series is more popular: Harry Potter (my nephew Tom's choice) or the Twilight saga (my niece Anna's latest passion. I am not particularly a fan of either one. Not because of the witchcraft oging on at Hogwarts in the Potter series, or the forbidden love between a young girl and a vampire in Twilight. I am not a fan because the stories don't hold my interest. They were not necessarily written with Tom and Anna's gray-haired aunt Mary as their target audience.

(This book was provided for review by the WaterBrook Multnomah Publishing Group.)