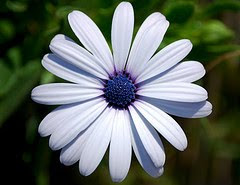 What would it be like to live in a perfect world?
The answer to that question is so hard to fathom, especially when so many people around me are going through tremendous hurts and struggles. Marriages don't last the way they are meant to. A friend of mine is fighting save her home from foreclosure. Another has a son who has been kicked out of school so many times there are no more schools for him to go to. A classmate from high school recently lost her father. Another was recently diagnosed with breast cancer. A dear friend of mine became a widower yesterday. And a classmate from grade school lost her battle with liver cancer this past week. And there is much, much more.
A perfect world would have a flawless structure and atmosphere. No earthquakes, tsunamis, hurricanes, or global warming. A perfect world would engage in the art of peaceful conflict resolution. Even be proactive in preventing conflict in the first place. Mothers, fathers, sons and daughters would not tearfully say good-bye to their sons, daughters, daddys or mommys, perhaps for the last time, as they leave to fight a war in a land halfway around the globe.  Widespread poverty will not be a social issue, because people will be sensitive to the needs of others, and will allow God to use them to willingly, joyfully, and generously meet their needs.  Money and things would not be the objects of our desire.

In a perfect world, neighbors would have a strong sense of community. Sugar and eggs would be borrowed from next door, and repaid with the sweet delicious cakes made from them.  Children would not know what it is like to have to fear strangers. Integrity and mutual respect and honesty would be among our non-negotiable core values.  Adults would not forget what it is like to see the world as for the first time through the eyes of a child, with a sense of discovery and awe. Young ones will not know that the world can be viewed any other way.

If people had to die in a perfect world (and they might, since the world is still a finite place), death would be peaceful and without pain.  It would be like a departure on a long journey. Loved ones would see her off, waving, "There she goes!", knowing that on the other side of the journey a group of loved ones is waiting to receive her, stirring in anticipation and preparation, saying, "Here she comes!"  There will be no fear of dying, because an even more perfect world awaits us.

But the world is not perfect. Even my vision of a perfect world falls way short of the mark. That is because I fall way short of the mark of perfection. Don't get me wrong - I'm not an axe murderer (but don't push me to it ...). I just make bad choices and do wrong things like most others I know.  My body has known injury and disease.  And the ground I walk on has bumps and holes and cracks where there shouldn't be any.  I often forget what childlike wonder is, claiming that Elmo and VeggieTales were not created with me in mind.  I've even borrowed sugar from my neighbors and kept the cake for myself.

But I am not fearful of death. Not that I'm in any hurry or anything - apparently God is still pleased to have me here on this earth. But I know that when I die I will have loved ones seeing me off, saying, "There she goes ..."  and my Creator with his host of angels stirring in preparation and anticipation, joyously saying, "Here she comes!"